The World Leader in Carbon Black

Birla Carbon is one of the largest manufacturers and suppliers of high-quality carbon black additives globally, and a flagship business of the US $60 billion Aditya Birla Group. With the vision to be the most respected, dynamic and sustainable global carbon black business, our leadership strives every day to ensure that we are an effective partner to our customers, developing and delivering product consistently and responsibly for your needs.

With a history of innovation, Birla Carbon has also concentrated on research and development to ensure the company retains its flexibility to accommodate custom solutions and shifting industry demands.

We provide a complete portfolio of products across ASTM grades and specialty blacks to meet the specific end requirements across rubber, plastics, coatings, inks and niche industries globally. Our key brands include Birla Carbon, Raven® and Conductex®. The global manufacturing presence, with significant production capabilities and supply capability, ensures regular and uninterrupted availability of consistent quality products for our customers. These include leading brands and companies across tire, rubber, plastic, ink and paint industries globally.

As an ardent practitioner of sustainable development, Birla Carbon’s sustainability objectives include employee safety, environmental stewardship, efficient use of carbon black and a key focus on conducting operations in a socially and ethically responsible manner. We are an environmentally conscious supplier with concentrated effort on sustaining and improving the environment through optimization of resources and reduction of emissions. All of our locations comply with or go beyond all local, governmental and environmental regulations.

160+ YEARS
A Leader from the Beginning

For more than 160 years, Birla Carbon has been at the forefront of the carbon black industry, pushing innovation and development to ensure that practically any need in any place in the world can be met. 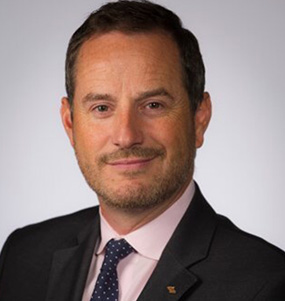 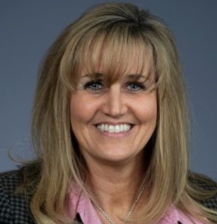 RESEARCH & DEVELOPMENT
The Future of Innovation

Experience that Makes a Difference

Our technical service teams are comprised of experts with a deep scientific knowledge of carbon black, its application sectors and its capabilities in delivering effective custom solutions. We form collaborative partnerships with our customers to be aligned and in step with your evolving requirements. This ensures that you obtain consistent quality and performance, the necessary technical service in support of your most important applications, and access to new products and technical platforms to meet your most challenging needs.

Our current footprint extends across 12 countries on 5 continents with 16 manufacturing facilities for a combined annual production capacity of over 2 million tonnes. The acquisition of Columbian Chemicals Co. by the carbon black business of the Aditya Birla Group and subsequent integration led to the formation of Birla Carbon, the global carbon black leader. With a manufacturing presence in each of the key markets of Asia, Europe and the Americas, Birla Carbon delivers uniform product quality and a consistent experience worldwide.

As the world’s largest producer and supplier of carbon black, Birla Carbon delivers effective solutions anywhere and anytime you need to help you succeed.


The Aditya Birla Group is a US$ 60 billion global conglomerate in the League of the Fortune 500. Anchored by an extraordinary force of over 140,000 employees belonging to 100 nationalities, the Group is built on a strong foundation of stakeholder value creation. With its presence across 6 continents and 36 countries, the Aditya Birla Group holds 130 state-of-the-art manufacturing units globally.

Today, over 50% of Group revenues flow from overseas operations that span 36 countries in North and South America, Africa and Asia.

The Aditya Birla Group has been ranked as one of the top employers in manufacturing in India in the Forbes World’s Best Employers 2020; AON best employer in India for 2018 – the third time over the last 7 years and has also been featured among the top 20 best companies to work for in India by LinkedIn.

Globally, the Aditya Birla Group is:

The Aditya Birla Group transcends conventional barriers of business because we care. We believe it is also our duty to facilitate inclusive growth.

At Birla Carbon, we believe in complete transparency in our investor relations. From administration to governance, share information to reports, we ensure compliance with all rules and regulations in the countries that Birla Carbon does business. For more information, please click the Investor Resources button below, or contact Birla Carbon.

Birla Carbon to participate at the K show 2022

Can major manufacturers continue on the track of strong market growth and investment seen last year?